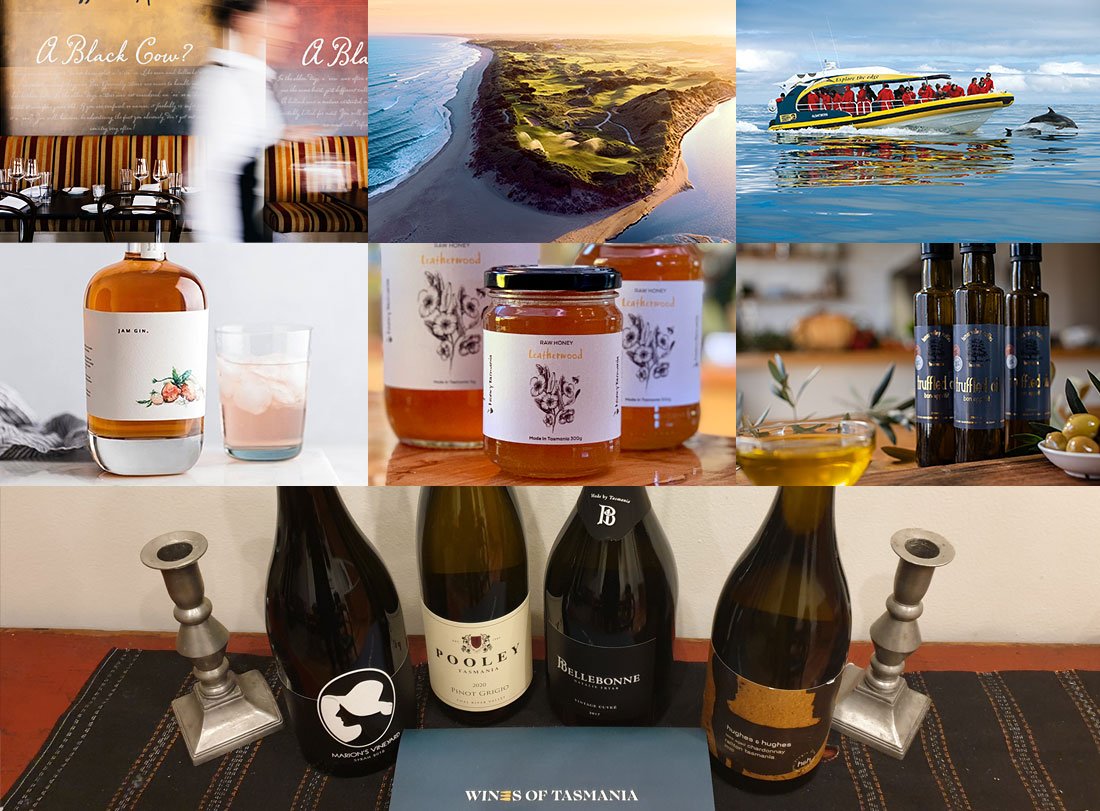 We asked you for your favourite films at BOFA and offered $1,000 worth of great  Icons of Tasmania prizes. The overall winner was Don Defenderfer, with other great winning entries from Nicky van Dijk, Lynne Maher, Denise Hennessy, Brendan Moore, Carol Titmus, Wendy Merrington, Terry Wilson and Ruth Cuff. Read their entries below.

“ With each BOFA film I watched, I thought, these films could change one’s life – they were that good. From the profoundly moving story of Edmund Hillary in Ocean to Sky, to the inspirational and quirky Stories of Tasmania, to the insightful wisdom and humility of life in Bhutan portrayed in Lunana, to the amazing story and photography of Vivian Maier, I was hooked and inspired. Each film left me clapping and empowered with the feeling that individuals, no matter if they live in a Spanish village or on Flinders Island, have the power to help change the world.”

“ What took my breath away? It had to be Lunana: A Yak in the Classroom. The scenery was amazing (because just about all of Bhutan’s scenery is) and Pem Zam as the adorable and adoring class captain stole the show! The singing was just amazing – why do Himalayans all seem to have singing voices to die for? I hate to use the word, ….. but this film was so authentic.”

“ Can you imagine climbing a 100m high rock without using your eyesight? “Climbing Blind” documents the seemingly impossible as it follows a blind climber as he tackles the 137 m Old Man of Hoy, a sea stack off an island in northern Scotland. Most lead climbers take a pre planned route & use their eyes as well as their strength & skill to achieve their goal. Jesse Dufton can only rely on his vocal guide & his own rock climbing ability. At one stage his guide, wife Molly, cannot see him & he is searching for hand & football holds using only feel & his knowledge of rock surfaces. Film maker, Alastair Lee, climbs ahead of Jesse & captures his agonisingly slow & exhausting progress. The finale is a triumph for all concerned.”

“ I was fortunate to see more than ten of the movie presentations, and without fail they interested, excited, educated or entertained me. The film that I most enjoyed was “Photograph”. I loved the story, but I especially enjoyed the performance of the lead character’s grandmother whom he called “Didi.” The movie was a great portrayal of culture and how it is at odds with today’s attitudes and beliefs, the role of Didi seemed almost unscripted, it flowed naturally and was both funny and serious at the same time.”

“ My ONE special BOFA was El Olivo. What an incredibly moving film. Spanish impetuosity at its pure best – yet wonderfully evocative and totally inspiring for our future and the Planet as well. Wonderfully acted and filmed and with enough light-hearted silliness to ease my tears. I totally loved it.”

“ I loved the film’s in the 2021 BOFA festival but the outstanding one for me was ‘Crescendo’. This was such a beautifully made film with a current & very relevant theme. The issues it dealt with we’re so sensitively handled but not trivialised. The audience had a powerful connection with the people in the story and genuinely felt their emotions as the story unfolded. I just loved it: the way it faced the deep-seated animosity between the two groups, the links between the old and the young, the triumphs in adversity, the unsettling tragedy and the beautiful resolution of the story. I really hope people from Israel & Palestine can watch this film and take inspiration from it.”

So many of the movies were spectacular, from breathing new life into an old cinema at Neil Pitts with the delightful Cinema Paradise (what an experience!); to the cinema watching Lunana – a yak in the classroom, Lost; to online delights such as Stories Of Tasmania (A rare breed & Black Man’s Houses), Photograph, Los Hermandos /The Brothers, Jailbreak Pact, Crescendo & Finding Vivian Maier.

“ The first BOFA movie I watched was Making a mountain about the all-in-one ski slope, climbing wall and powerplant in Copenhagen. I am very familiar with this building, as my partner lives in Copenhagen right next to it! …. so I loved being able to see high quality footage and feel connected to progressive Europe again right from my living room. The second and third movie I watched were And then we danced and Two of us. Being a queer person myself, I loved how so many movies on your program featured queer relationships! Though queer representation in mainstream movies is growing, these non-English, non-Hollywood movies were particularly wholesome.”

“ The film that got me thinking and most certainly took my breath away was, A Gentle Giant. Todd Walsh, the lobster man says “everything comes from the bush” and “it’s time to make a choice”. Beautifully made film with such an important message.”

“ Whilst I enjoyed a number of the online films at the 2021 edition of the BOFA film festival, but I have to say that the film that really caught my breath was the excellent documentary “Finding Vivian Maier”, about the Chicago nanny /street photographer who from the 1950’s onwards, used her camera to document people, street scenes , and anything else which fired her interest during her lifetime. ….Whilst unknown during her lifetime, her star has risen since her passing ….What Miss Maier herself would have made of her new found fame, can only be speculated.”