UNDER THE RADAR… LEAN ON PETE 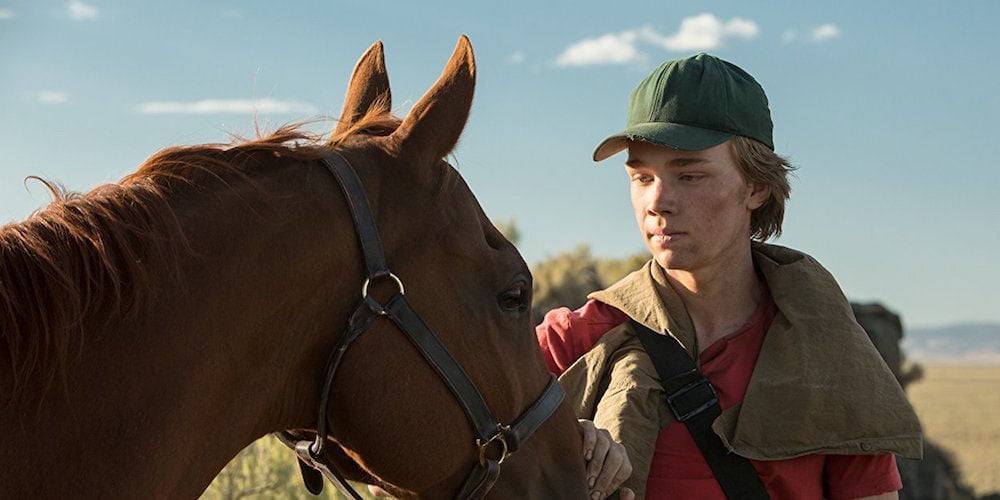 An outstanding film that deserves a sell-out house at BOFA 2018 is the latest feature from British director Andrew Haigh (45 Years – one of the hits at BOFA 2015), Lean on Pete, a deeply moving story about love, loneliness, family, and friendship, told through the unique prism of one boy’s connection to a very special aging racehorse.

Fifteen-year-old Charley Thompson (Charlie Plummer) finds acceptance and camaraderie at a local racetrack in Portland, Oregon, where he lands a job with Del Montgomery (Steve Buscemi) caring for an aging Quarter Horse named Lean On Pete. When he discovers that Pete is bound for slaughter, Charley and Pete head out into the great unknown, experiencing adventure and heartbreak in equal measure, but never losing their irrepressible hope and resiliency as they pursue their dream of finding a place they can call home.

Don’t just take our word for it – Roger Ebert writes;
“Again and again, I marveled at the humanist depth of the world Haigh creates, one that can only be rendered by a truly great writer and director, working near the top of his game. You really don’t see a lot of movies like “Lean on Pete” in a calendar year.”

An extraordinary debut performance by Charlie Plummer in a great film – don’t miss it.