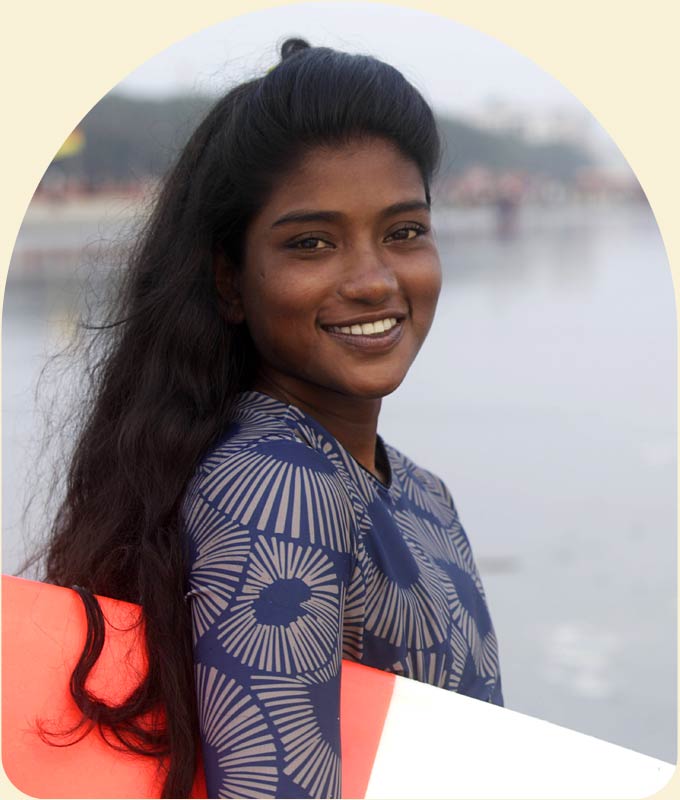 “When I surf, I can just be happy. I forget about my problems.”

You have to love surf films. The waves, the beauty of the break ridden by a lithe, supple body – just nature, water, and man. But gorgeous action shots by director Heather Kessinger are only the start of this superb film. Because in this case, the surfer is a traditional Bangladeshi woman, called Nasima Atker. Nasima was homeless at 7, begging on the street after that, and reviled for being a whore at 14 because she insisted on surfing. Kessinger uses brilliant handheld footage as she wanders the beaches and streets of Bangladesh, emphasising the teeming humanity and restrictive poverty on all sides. But she also catalogues the vitality of other girls taking up the sport following Nasima’s success, and their difficulties with traditional attitudes towards women. This is a social commentary, homage to an incredibly brave young woman, and a beautiful sports doco rolled into one.