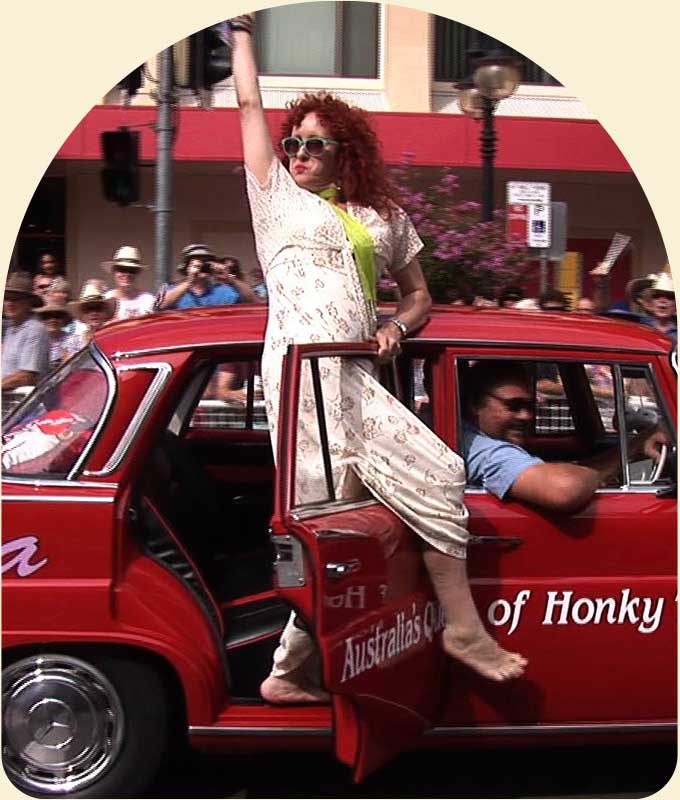 “Wanita ‘is charming in a rough and rowdy way, with a straight-to-the-bone candidness and self-effacing style’.”

An irresistible portrait of Tamworth’s ‘Queen of Honky Tonk’, this no-holds-barred, crowd pleaser about an artist you’ve probably never heard of, shows us that life’s dreams do not have to disappear as youth fades. Wanita heads to Nashville to record an album, but has she left her run too late? As a 19-year-old, Wanita, performed at Tamworth to much acclaim, but hard partying and parenthood intervened. The film follows Wanita and her friends and fellow musos, her manager Gleny, and Archer, as they travel to Nashville, making some stops along the way – performing to strangers on the street and in the airport, and recording a track in a New Orleans studio. Wanita has a terrific voice, no doubt about it, but she’s not one to toe the line! Join Wanita on her rough ride to make her dream come true.