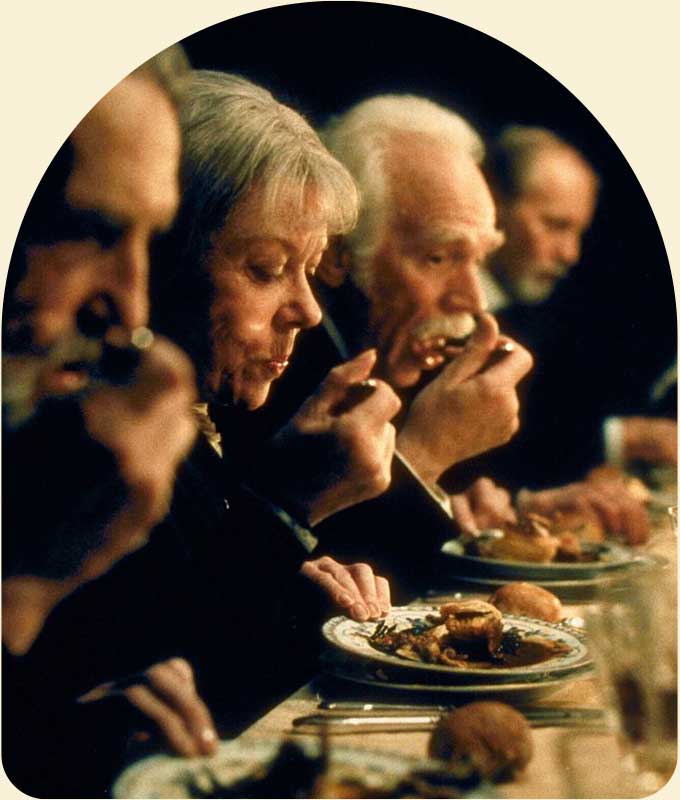 “Gastro-cinema at its most sensual and intoxicating.”

Chance throws a temporarily-wealthy chef into a remote and windswept Calvinist community in Denmark’s forbidding Jutland province. The chef, Babette, brilliantly portrayed by Stéphane Audran, decides to bring some delight and warmth into the tough lives of the people she is lodging with – and spends all her money preparing a sumptuous celebratory meal. This is a meal that succours not just the bodies, but the minds and souls of the local elders as well. Babette’s selfless dedication to the culinary arts brings previously forbidden delights (wine, rich food, and temptingly delicious dishes) to the village, along with a lesson in humility, generosity and tolerance that cracks open some dour and previously unsmiling faces – as well as a bottle or two of Clos de Vougeot 1845. As the Guardian’s Peter Bradshaw puts it,”… twenty-five years on, this story is still charming and beguiling.” Indeed it is – bon appétit!