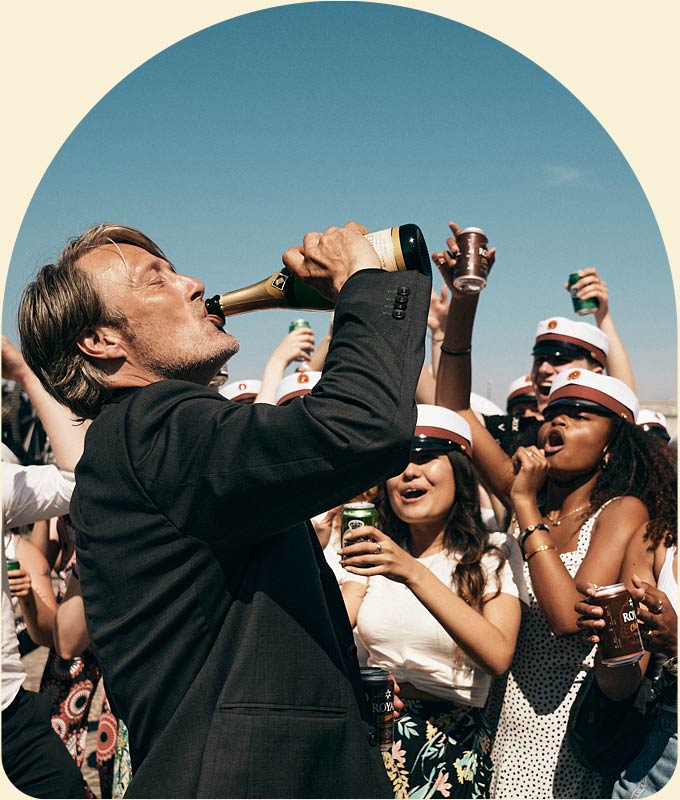 “Compelling and more than a little sobering.”

Taken at face value, this film is a comedy about drinking too much. But director/writer Vinterberg has, partly through a stand-out cast headed by Mads Mikkelsen (Martin), created a seriously brilliant film that is way more than that. Martin and his jaded co-workers decide to test a theory that being continually drunk improves your life. They begin the experiment with gusto. Initial stages go well: increased confidence, engagement and personal success soon follow. But when they notch things up: “0.5%, 0.7% – let’s go higher!” things rapidly go off the tracks. Social indiscretions, trouble at home, warnings at work – the friends’ drinking gets increasingly out of hand and eventually ends in tragedy. But Vinterberg masterfully shows the sobering reality of the human spirit and its ability to bring simple joy to an awful situation. If you don’t feel a tear welling in the final scene, you need a drink.