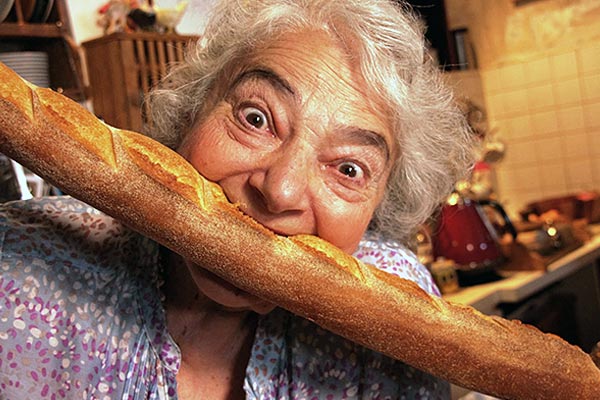 One of the big hits of the Melbourne International Film Festival, Monsieur Mayonnaise is not your normal foodie film- it’s a lively, colourful, tasty and uniquely personal take on 20th-century history, art, food and family. Filmmaker Philippe Mora (Mad Dog Morgan) is producing a graphic novel about his late father, Georges, the legendary Melbourne art patron and restaurateur, and his mother, the artist Mirka Mora. The book (and the film) covers Georges’ astonishing history as part of the French resistance during World War II, his friendship with renowned mime Marcel Marceau (Philippe’s godfather), and how together they saved thousands of Jewish lives with a fiendishly simple trick involving baguettes and mayonnaise.

Director Trevor Graham follows Philippe as he traces his dad’s journey, painting the story as he uncovers it during visits, and meals, with those who knew and helped Georges throughout his life, from his childhood to meeting his wife, the acclaimed artist Mirka Mora and the family’s dramatic survival during the Holocaust.
Mora in the film describes himself as a storyteller first and foremost, and for all the gravity of its subject matter he views Monsieur Mayonnaise as “a great yarn”.
We hear how Georges Mora and Marceau disguised themselves as nuns while smuggling children over the border between France and Switzerland – and how secret documents were smothered in mayonnaise so Nazi officials wouldn’t touch them for fear of soiling their gloves.
Georges died in 1992, but Mirka is very much alive, and an exuberant presence in the film’s Melbourne scenes. “She’s always joking, laughing,” Mora says. “But she thinks about it often.”

According to Mora, many survivors of the Nazi era became “clinically depressed” and passed that legacy onto their children. His parents went the other way. “That’s why they went full-on into art, food, culture, all the things that they thought were fantastic about life.” (Sydney Morning Herald)

Catch Your Breath Moments
Breathtakingly Beautiful Films For The Soul
You’re invited to take a deep BOFA
Take a Deep BOFA
BRING ON 2021!
The search begins for Stories of Tasmania