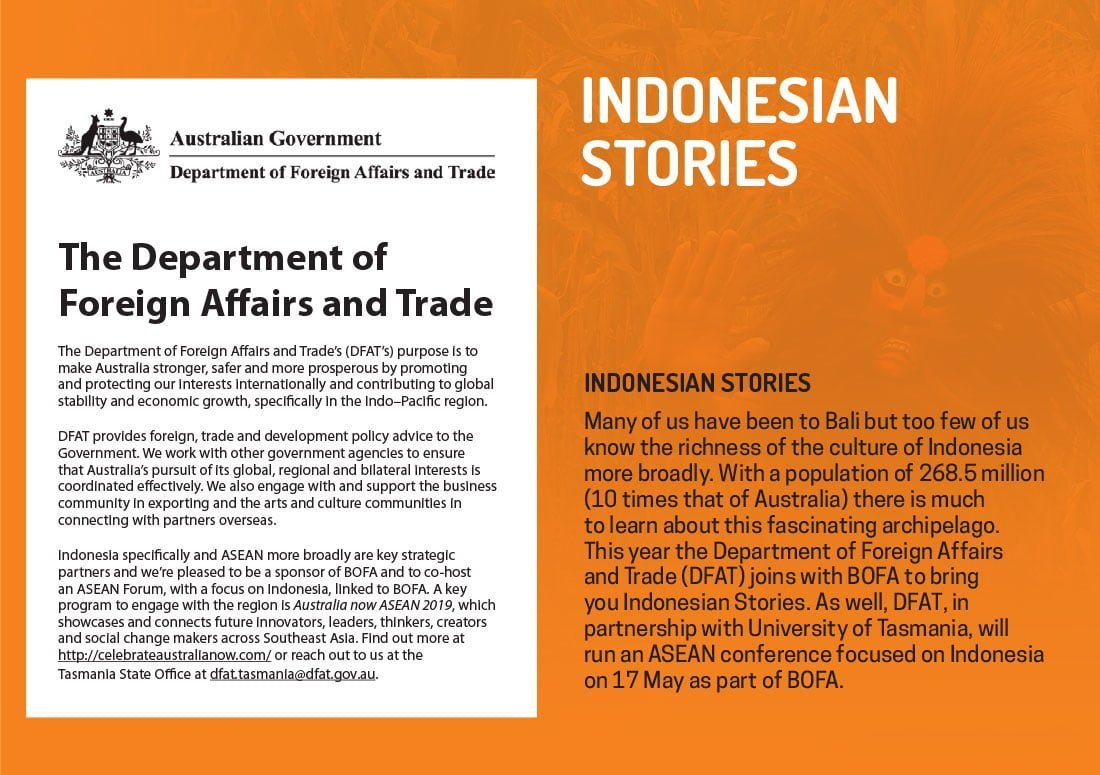 BOFA’s theme is GREAT STORIES…TOGETHER and here we have a great example with films from our INDONESIAN STORIES.  Many of us may be familiar with Bali, but Indonesia is a wildly diverse and rich culture. Indonesia is our nearest large neighbour, and with a huge population and an emerging film industry, what better way to learn more about Indonesian culture than by viewing these remarkable films.

Department of Foreign Affairs and Trade, as well as sponsoring these films is also, in partnership with the University of Tasmania, conducting an ASEAN Conference focused on Indonesia on Friday 17 May as part of BOFA. Book at dfat.tasmania@dfat.gov.au. 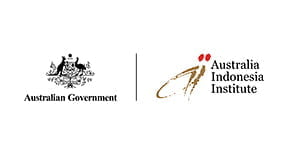 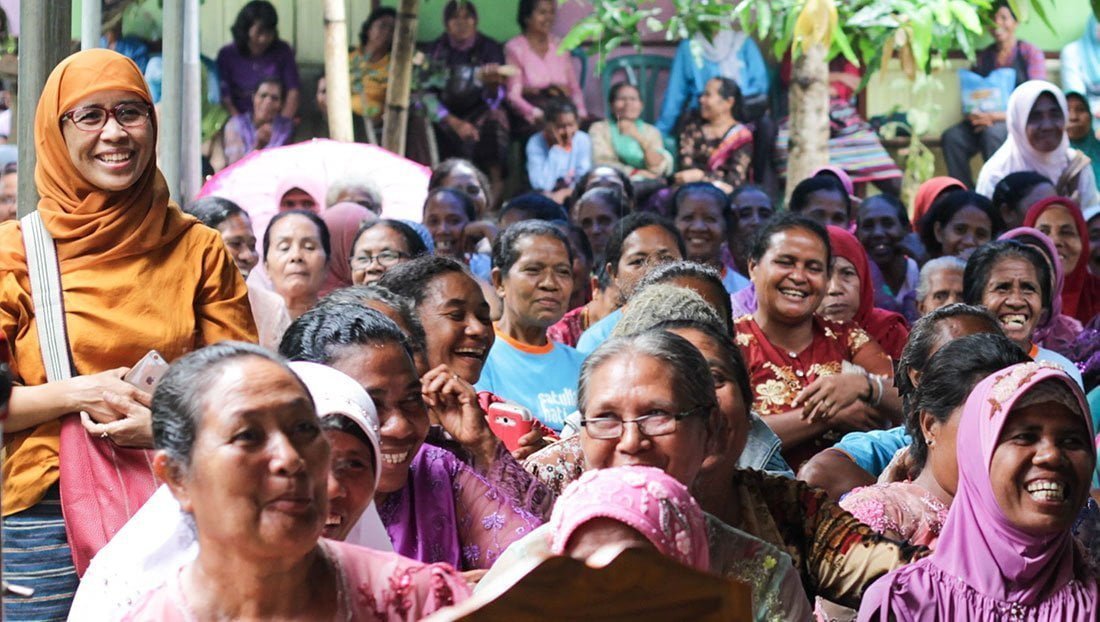 This documentary follows the work of PEKKA, a women’s empowerment CSO that collaborates with over 50,000 female heads of household across 20 provinces across Indonesia. They are empowered to be independent and lead sustainable lives, by learning skills and crafts. They are also taught to be literate and numerate, and how to stand up to the traditional male patriarchy. BOFA is proud to have brought Vivian Idris the film’s director, and Nani Zulminarni (PEKKA) to the festival with the support of DFAT and the Australia Indonesia Institute. They will give a Q & A after the film.

Don’t miss this film if you are interested in women’s issues and community development. 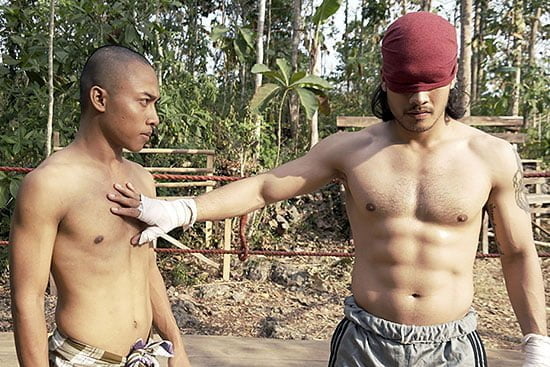 Focusing on a village boy, ostracized from his community, who joins a dance troupe specializing in a unique Javanese form of dance known as the lengger. This remarkable film by prominent Indonesian filmmaker Garin Nugroho, has won awards around the world and shows how Indonesia is attempting to change. A dance-filled deep dive into culture and traditional notions of masculinity. 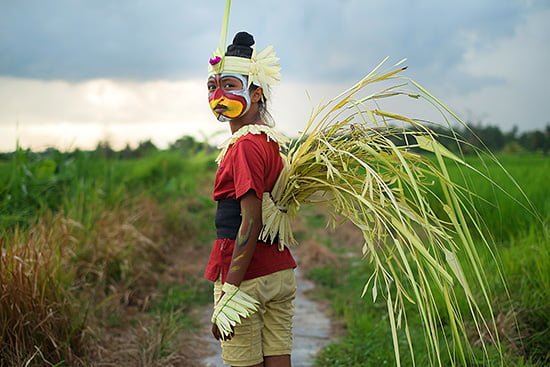 THE SEEN AND UNSEEN

This magical multi-award-winning film follows Tantri a 10-year-old girl witnessing her twin brother, Tantra, gradually dying. The twins, through their dreams and subconscious connections experience a different world, allowing the audience to reach an understanding of deeply felt childhood relationships based on Indonesian traditions and beliefs. You’ll love the  visually rich mystical under-pinnings of this rich cultural heritage.
HOBART: Saturday, 11 May, 4:30pm Cinema 2 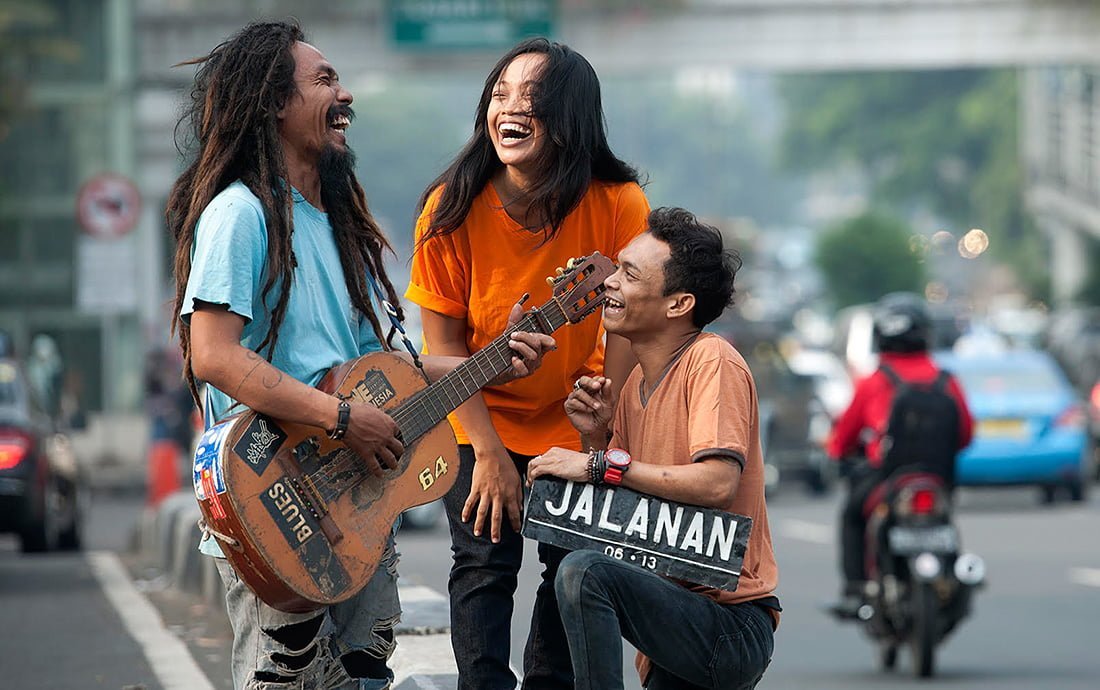 This joyous documentary about a group of street musicians in Jakarta, was a massive hit at the Indonesian Film Festival and an award winner at the Melbourne International Film Festival. Boni, Ho and Titi ply their trade, eking out a living in Indonesia’s bustling capital city, with some wonderful music and great camaraderie. Behind this celebration, we learn about each of their backgrounds, hopes and dreams, set against a society that frowns on poverty and is riddled with political corruption. You’ll learn about modern Jakarta by going “street-side” with these three remarkably resilient people. The director, Daniel Ziv, has captured both the human side of life in Indonesia, and the beautiful countryside, despite the darker elements that are always threatening in the background. An unmissable treat. 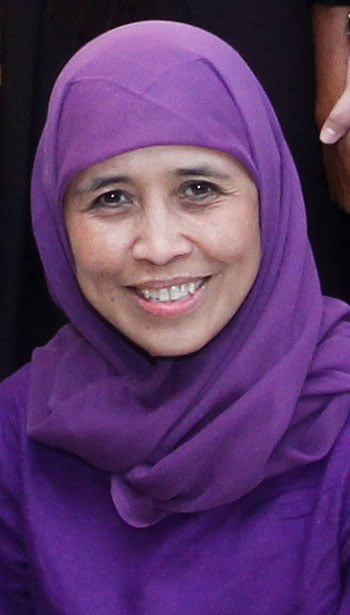 Enjoy Indonesian food, local wines and beer plus gamelan music to set the mood. Join us and meet our Indonesian dignitaries including the Ambassador and Consul for Indonesia. Ibu Nani Zulminarni, Founder and Director of PEKKA, will speak about PEKKA’s work and the film made on the subject. 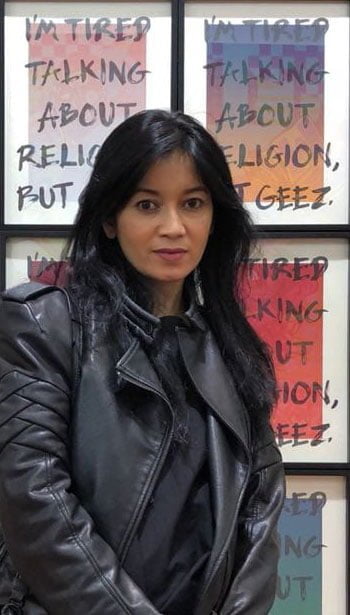 Indonesian documentary film maker, Vivian Idris’s, actors and crew were ¼ professionals and ¾ women and men from the remote villages where the film was shot. Vivian’s story will resonate not only with documentary film makers but anyone interested in telling stories of community development and empowerment. FREE.