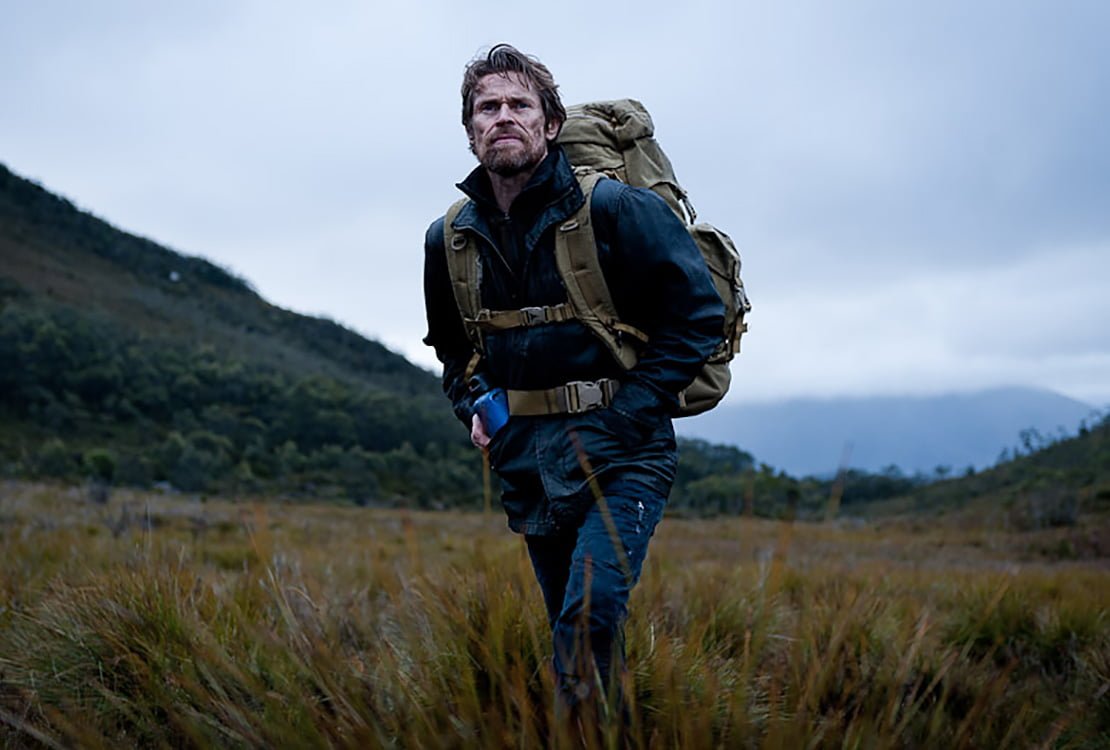 Vincent Sheehan, producer of The Hunter, will speak at the Launceston screening.

If you love and care for the wilderness that makes Tassie what it is, go and see this film. The empathy and depth of cameraman Robert Humphreys’ scenes of wild and remote Tassie are outstanding. You will shiver as the freezing fog closes in, and feel your spirits soar as sunrise breaks over the winter horizon. The plot has a couple of fantasy turns – live thylacine with killer venom and drug addicted off-gridders – but hero Martin David (Willem Dafoe) is highly believable as an American mercenary who stumbles into a Greenie-logger conflict while working a contract for a shady US military corporation. The plot poses but doesn’t answer several relevant questions about ultimate moral good and the role of emotion in humanity, and the film doesn’t serve up a predictable Hollywood finale either. But the wonderfully shot scenery, with its implacable and cruel beauty, together with Defoe’s taut acting make it a winner. Go and see it with a map on your lap.

Vincent Sheehan, the producer of The Hunter (and Kettering Incident and Animal Kingdom), will join us in Launceston and Hobart  to celebrate the 10th Anniversary screening of this iconic Tasmanian film.