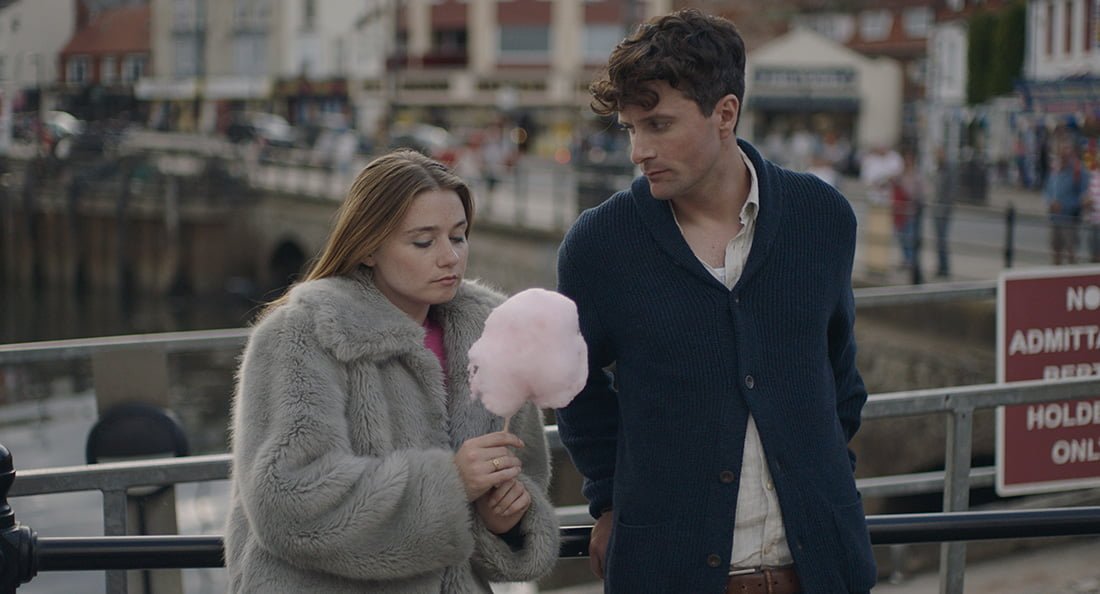 Intimate in scope but universal in its subject matter, Scarborough is a sensory exploration of love through a series of flirty and …. moving vignettes.

At the North Yorkshire resort town of Scarborough, two couples experience a life-changing weekend. Liz (Jodhi May) is an older woman in love with her student, Daz (Jordan Bolger), while Aidan (Edward Hogg) has formed a relationship with one of his young students, Beth (Jessica Barden). The parallels between the two relationships are emphasised by the use of the same dialogue for both in the opening scenes. The musty and fading grandeur of Scarborough also mirrors their tainted feelings of guilt as their relationships twist and turn. Southcombe, the son of actress Charlotte Rampling, wrote the screenplay, based on a West End play by Fiona Evans. Intriguing, and at times unsettling, the film poses moral and ethical conundrums which will prompt heated discussions.