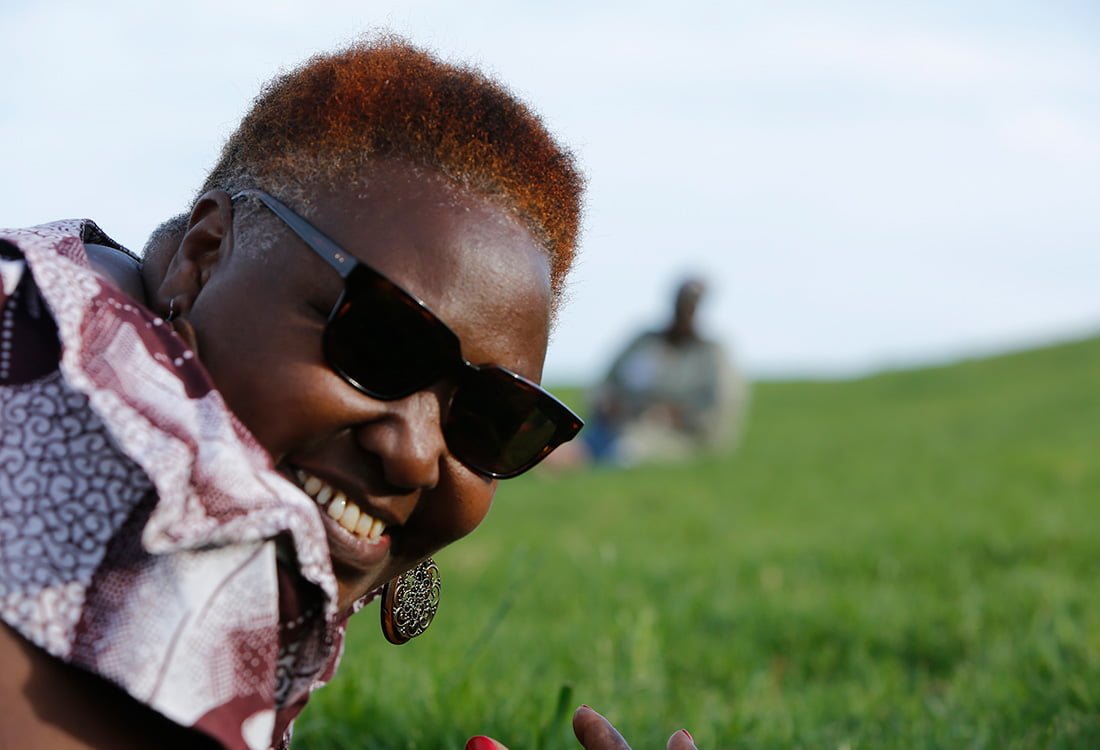 Rosemary Kariuki and/or Ros Horin, producer, will speak at Launceston and Hobart screenings.

What happened, you cannot change it. But you can change what is ahead.

“I am a big believer in different cultures coming together,” says Rosemary Kariuki, a refugee from tribal wars and domestic violence in Africa – and Local Hero, Australian of the Year 2021. This award-winning documentary follows Rosemary as she works within migrant communities in Australia, helping women to make sense of changed worlds, different cultures and confronting new expectations. Women who have been victimised, abused, drastically isolated or just never exposed to any other culture than the patriarchal tradition they grew up in. No matter what the problem, what the challenge, “I will not take no for an answer,” says Rosemary. Director Horin sympathetically follows the ever-smiling Rosemary as she effortlessly connects migrants with Aussies – and each other – whether in urban Sydney or rural New South Wales. The image of two wide-eyed African boys gambolling in the sea with their mother watching on with joy while on a home-stay with real “Aussies” says it all. Rosemary’s skill is to help migrants feel included, safe and simply glad to be alive – and part of the Australian dream they have come searching for.

Rosemary Kariuki, recipient of the 2021 Australian of the Year, Local Hero award will join us in Hobart (Sat 29 May) while Ros Horin, the director of Rosemary’s Way will join at the Launceston screening (Sat 1st May) to discuss the film and to urge us to reach out to others and build stronger community links.