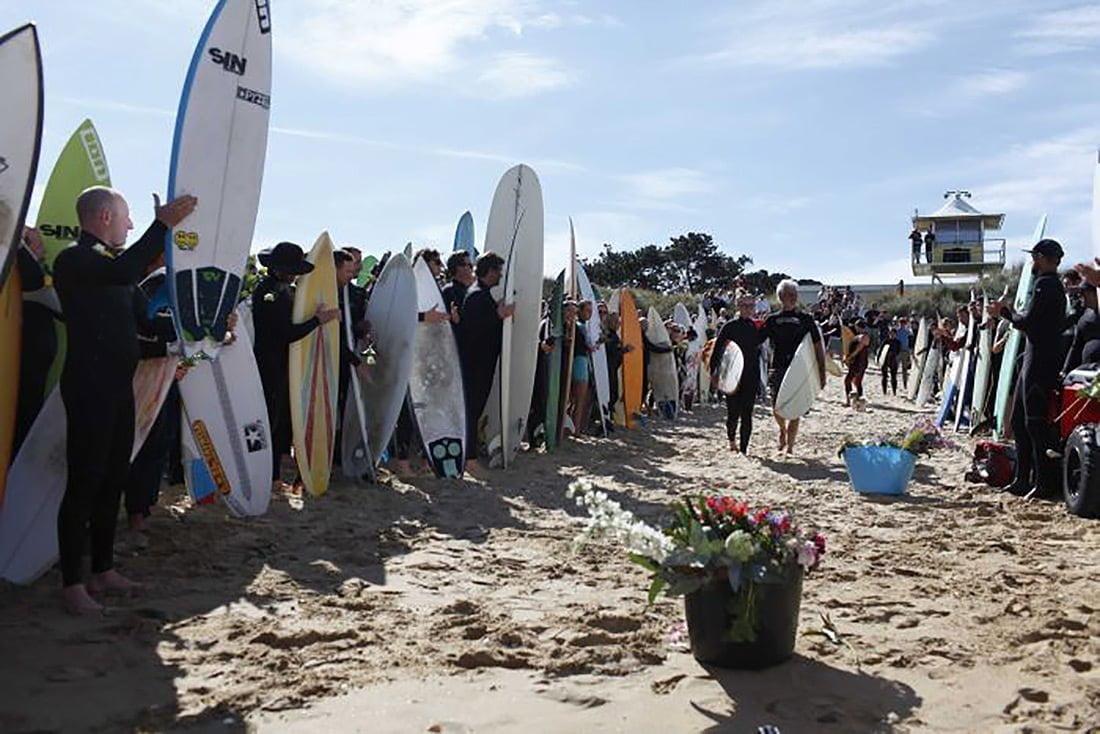 In the natural world there are no human values like justice, rights, equality

Tasmanian champion surfer Mick Lawrence has done it all, had it all. He travelled and surfed the best waves in the world, won state titles, surfed pristine breaks off Tasmania’s remote, wild and beautiful southwest coast. In recent decades he has kayaked the coasts and rivers of Tasmania. He almost always took his camera. Now 73 years old, Lawrence uses eerily beautiful footage from his world to tell of what he calls his own “rogue waves” – the events both external and internal that reminds you that, when you least expect it, something or someone will knock you off balance. Such a “rogue wave” was the water sports accident which took the life of his only son. While there are no answers, no justice, no explanation Mick sees it as a part of life. “I wouldn’t change a thing,” he says. Partly an ode to a life in nature and partly musings on the nature of life itself, Rogue Waves is a challenging film which treads a slippery path between loneliness, pain, shout-out-loud joy, the will to keep living – and the lesson to snatch joy, even in times of loss.

Make sure you’ve either seen Rogue Waves beforehand or arrange to see it with a bunch of online friends before 4.30pm and then click in to the Conversation with Mick Lawrence, film maker and philosopher, who will lead a conversation about the “Rogue Waves” that fate has sent his way and to discuss how we are all handling the “rogue wave” of the Covid 19 pandemic.

A huge Thank You to Mick Lawrence for his support of the 2020 BOFA Online Film Festival. A proud Aussie film maker company doing his bit for film lovers, the arts and social isolation!