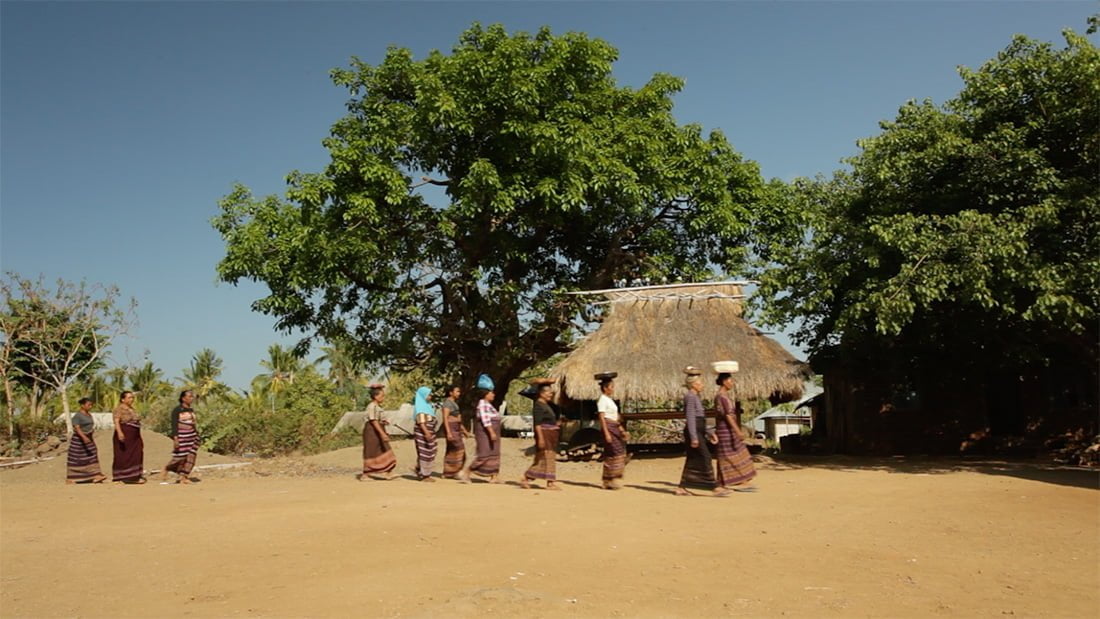 (WOMEN WHO WALK WITHOUT LIMITS)

The film is about empowerment training for women in the areas of creative economy and culture…they are thirsty for challenges.

40 women, situated on two remote islands in East Flores, struggle to live after being widowed or abandoned by their husbands in the 1990s. PEKKA, established in 2002 as a group empowering female family heads has taught them to weave, trade, organize theatre and be tour guides. As well as learning how to read and write they are shown how to be assertive and not submissive, the latter of which is their cultural norm. This sensitively and well explored film shows how this education, community and support profoundly changed these women’s lives. A film for anyone interested in women’s issues and community development.

Q & A AFTER THE FILM WITH THE FILM MAKER, VIVIAN IDRIS, AND IBU NANI ZULMINARNI OF PEKKA. VIVIAN IDRIS WILL DESCRIBE THE MAKING OF THIS DOCUMENTARY AT DRYSDALE CAMPUS, TASTAFE, LAUNCESTON, 4:OO- 5:OOPM SATURDAY 18 MAY. FREE.