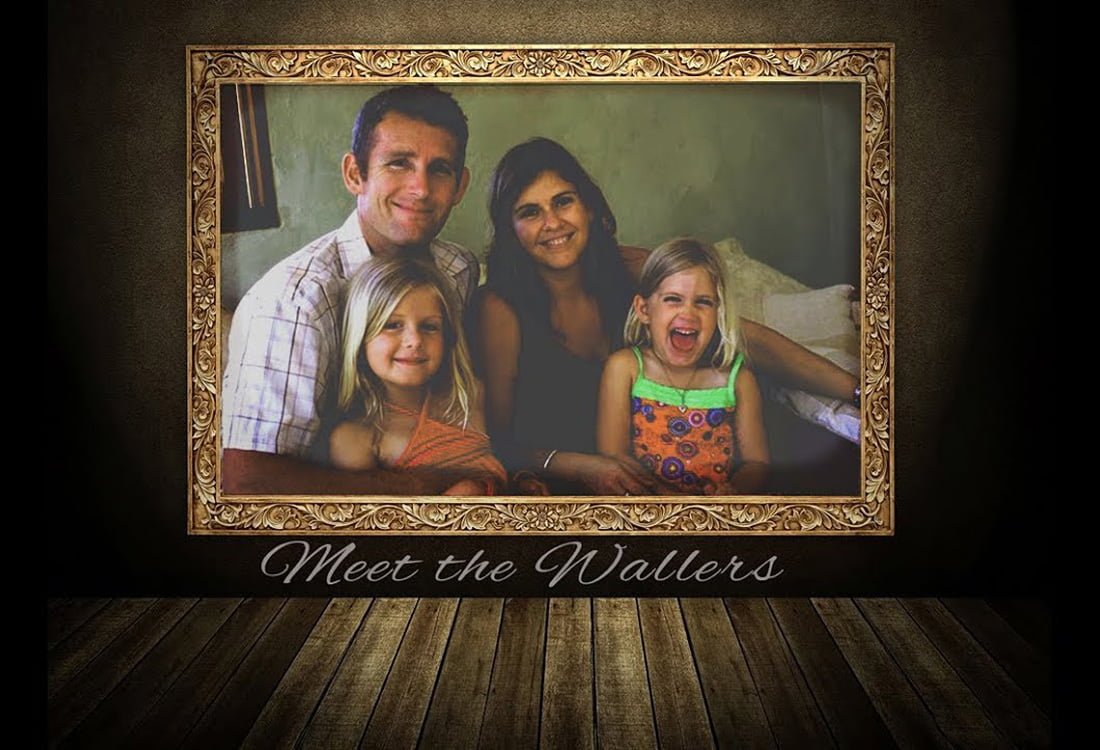 Jim Stevens, director, will speak at the Launceston screening.

This film will make you realise how trite, trivial and contrived so-called Reality TV is. Meet the Wallers is the result of 17 years occasional filming by director Jim Stevens of an ordinary, optimistic, realistic, changing and often struggling family. It follows the everyday life of Mark and Nicole Waller as they mature and face the challenges of life. We see them as Mark chases his seemingly unrealistic dreams of being a successful artist, initially as carefree young-marrieds, then as parents of Emily and Jasmine, and always as financially on-the-edge survivors. You will recognise Nicole, you’ve met someone like Mark. These are real people and the challenges they face are all too real. The power of the film lies in the fly on the wall presence of the filmmaker capturing, over decades, those intimate, often anguished, moments in a marriage that normally remain behind closed doors. The film makes no judgements whilst it pulls no punches. It tells of Sinatra-driven hopes and the pain and triumph of not only chasing wonder, but grabbing it, even if fleetingly.

Jim Stevens made Meet the Wallers, a World Premiere screening at BOFA 2021, over 17 years and after the Launceston screening will tell all about the joys and challenges of making this heart-warming film.