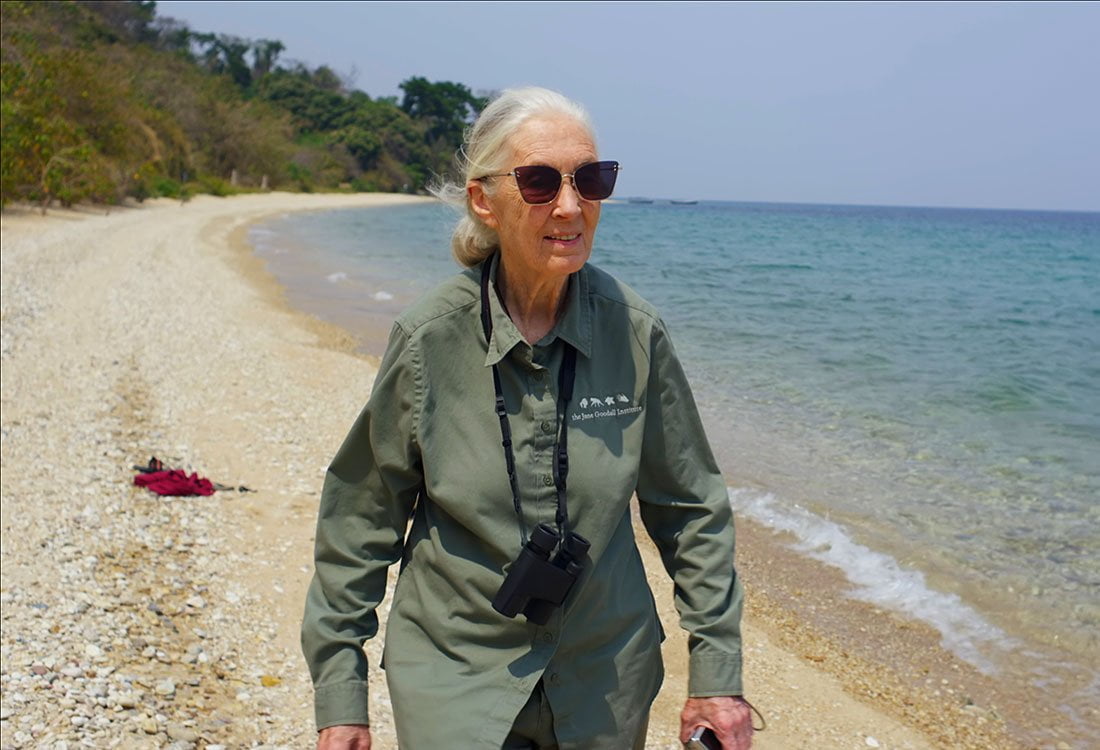 A representative of the Jane Goodall Institute Australia will speak at the Launceston and Hobart screenings.

“If you don’t talk to people, how can you ever expect them to change.

This is not primarily a film about Jane Goodall. It is a film about how to convince people – and in particular, young people – they need to make their voices heard. The film follows eighty-six year-old Jane Morris Goodall DBE as she hosts talks, attends symposia and appears in documentaries talking not about chimpanzees, but about driving sustainable change. About educating unlikely people in the value of nature on our planet. About changing views on what is important. About compromise, such as working with oil companies. As one interviewee notes, “… if you want to make change, you have to work with the bad guys.” Directors Leiter and Woodard follow Goodall as she pushes aside the frailties of age in a bid to “get things done in less and less time.” As she nears the 60th anniversary of her first arrival in Africa, she reflects on the value of knowledge as a sign of hope for our planet. “My job is simply to inspire people,” she says. See this film, and be inspired yourself. Be the change you want to see!

There will be a Q & A with members of The Jane Goodall Institute to discuss the film and how they are motivating people to make change happen.