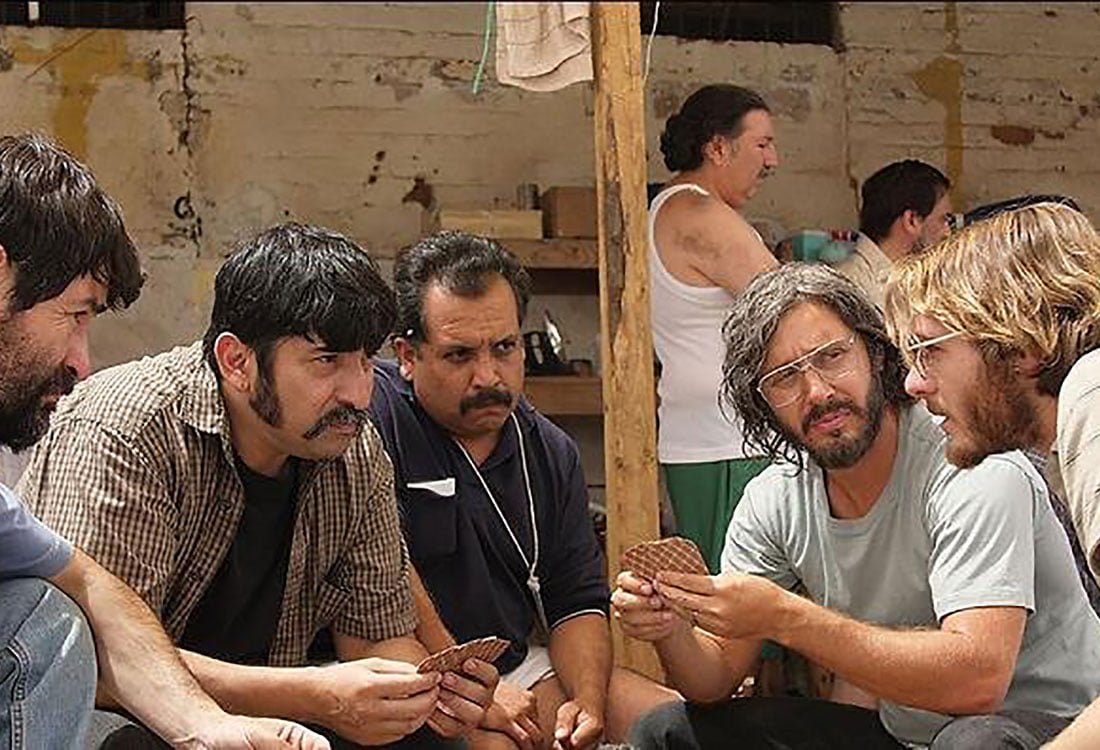 There are two types of prisoner: those who surrender and those always want freedom.

In 2002, Chilean film maker David Albala was hit by a car. He survived, but the accident left him a paraplegic. Since then, he has devoted himself to film using “the only things I need to work: my head and my hands.” His first major work, this doco-thriller is a testament to his skill and dedication. Using a jagged soundtrack and a claustrophobically real shooting style, Albala follows the true story of political prisoner Leon Vargas (Benjamín Vicuña) and fellow inmates at the Santiago Prisión de la Ciudad as they plan to cheat dictator Pinochet’s firing squad. They scratch desperately at bricks, rock and packed dirt with tiny hand tools to dig a 60m tunnel under the prison walls. The tension ratchets up as Pinochet and his goons realise time is running out – and they need to be rid of witnesses. The film underlines how alliances, trust, grief and hope can twist and mingle in this cliff-hanger of a story, that is more significant for being a real one.