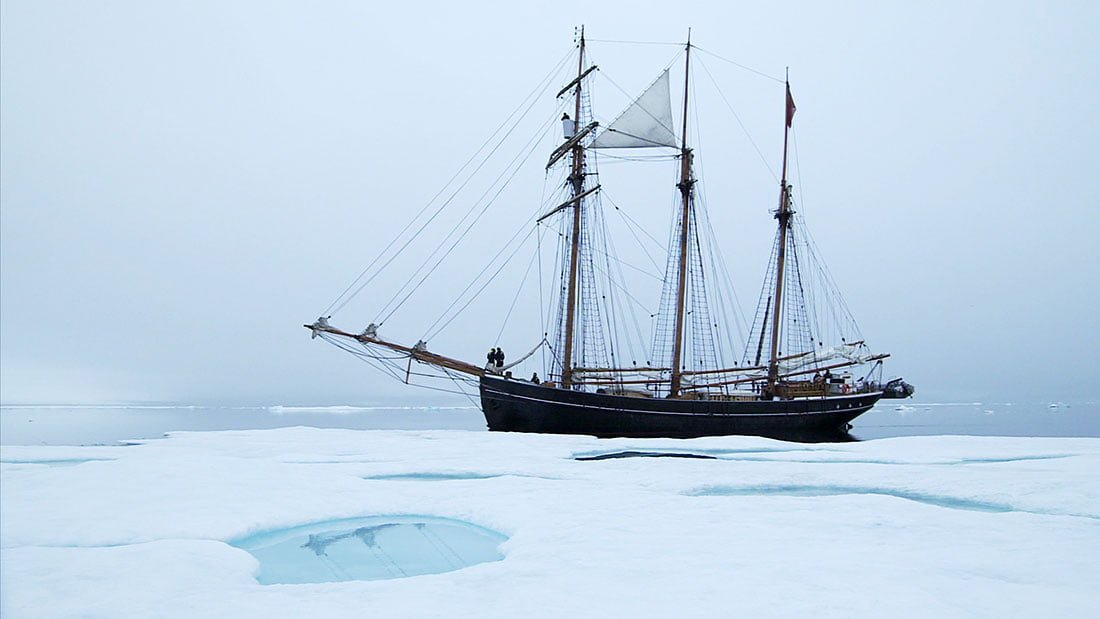 EXPEDITION TO THE END OF THE WORLD

… in the end humans will adapt. Instead of living on the coasts, we’ll all move to the Alps. Such is life.

An eclectic mix of scientists, artists, and philosophers set off on a three-masted schooner to the end of the world: the rapidly melting massifs of North-East Greenland. An epic journey where the intrepid – and slightly crazy – sailors on board encounter polar bear nightmares, Stone Age playgrounds and one new species, a polar bear that really wants to get into a makeshift shack. Curiosity, grand pathos and a liberating dose of humour come together in a superbly orchestrated film where one iconic image after the other seduce us while the crew challenge us with their unorthodox perspectives. Visually ravishing, thought-provoking and benefitting from just enough playfulness to set it apart from the nature-doc herd, the film is eco-relevant without being at all dominated by climate change, which is only one of many subjects discussed. A great antidote to much of the gloom surrounding the climate change debate, this film will cause a lot of conversation and quite a few laughs. Perfect isolation viewing!

A huge Thank You to Haslund Film for their support for the 2020 BOFA Online Film Festival. A Danish film distribution company doing their bit for film lovers, the arts and social isolation!