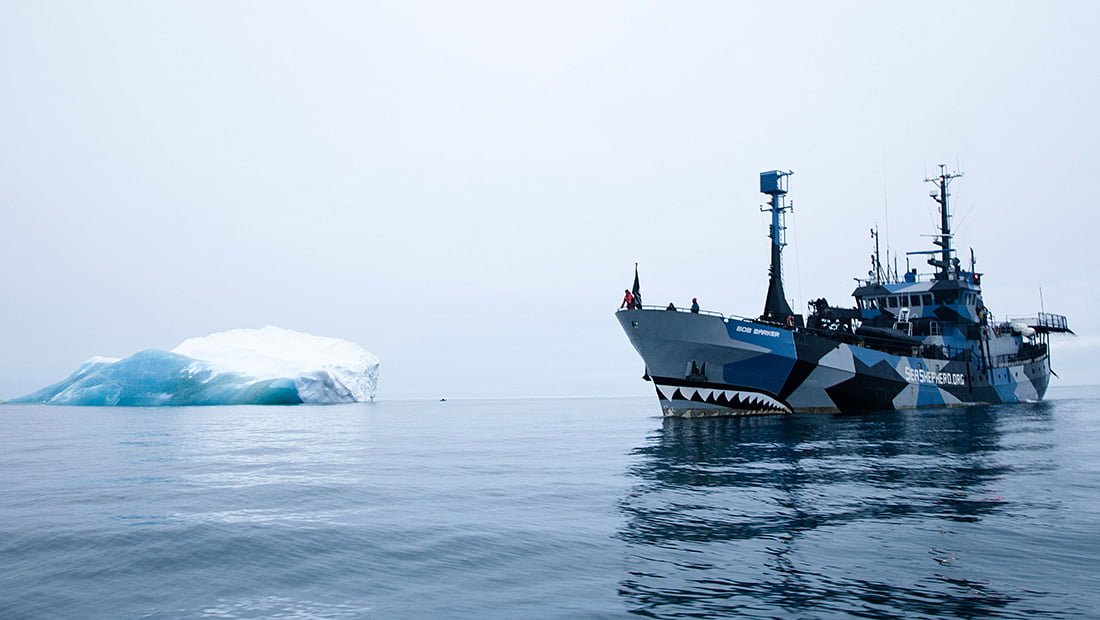 Incredible film about the battle by the Sea Shepherd (the film title is their motto) to save the harvesting of whales from the Japanese commercial whaling fleet.

This film makes you feel as if you are right there in the Southern Ocean, not far from Antarctica, as the anti-whaling Sea Shepherd volunteers try to out manoeuvre the well-equipped illegal Japanese whale harvesting fleet. The “battle” between the two forces is fought in incredibly cold and wild conditions, with the camerawork highlighting the unpredictable power of the ocean. There is also a clever device in the film which uses the voice of Dan Aykroyd to relay the thoughts of the Minke Whales which are fighting for life. Part of the film is set in Hobart, where this life and death expedition begins. A most timely film with Japan now opting out of the International Whaling Commission.

THERE WILL BE A FREE DISCUSSION ON THE ISSUES RAISED IN THIS FILM AT THE DUKE HOTEL, HOBART WITH THE DIRECTOR STEPHEN AMIS AND PANEL FOLLOWING THE SCREENING. 4:OO-5:3OPM