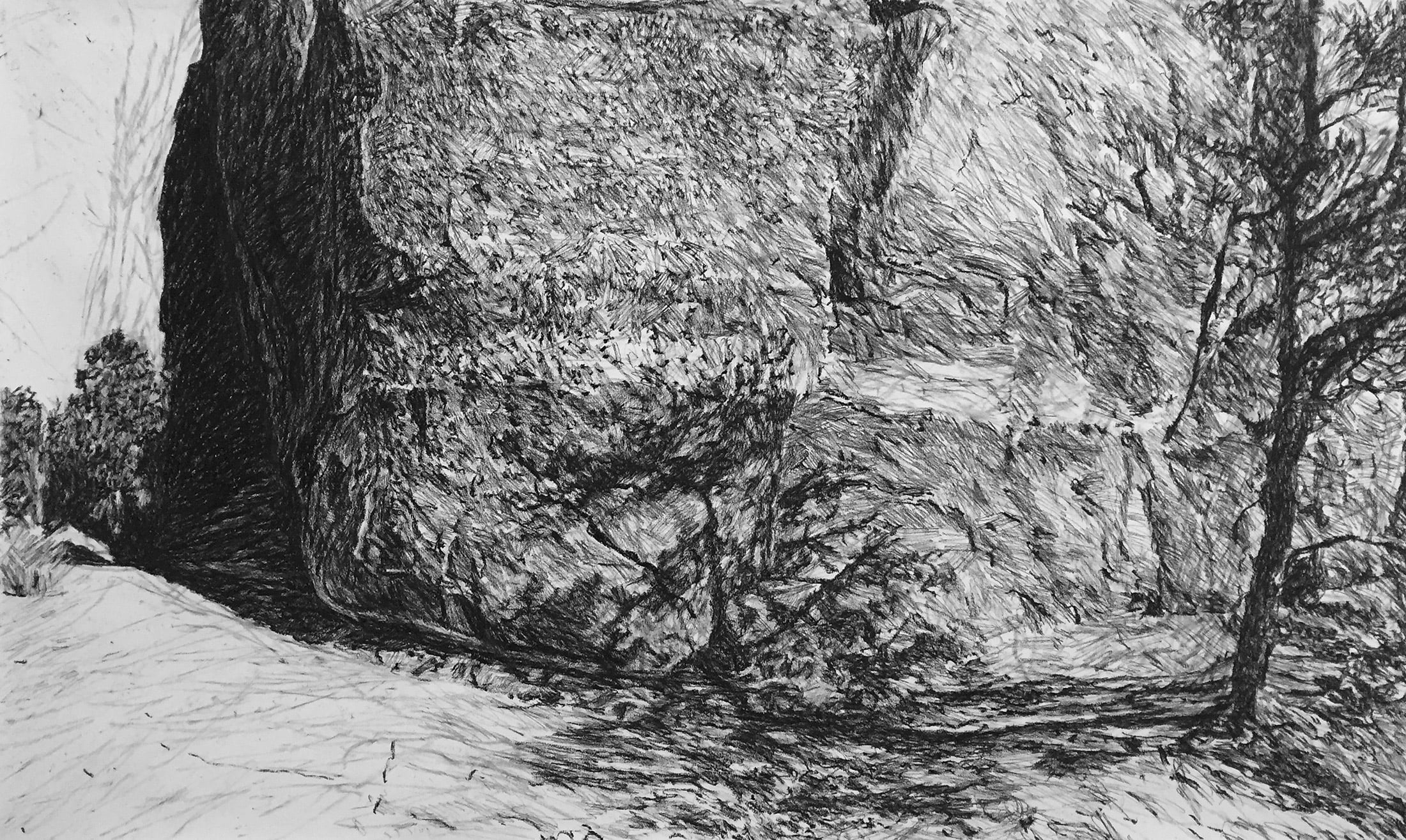 The drawing, Shallow, is loosely based on the premise of slow observation followed by slow translation. The image, framed in the landscape format mirroring that of screen, presents a relatively still moment, a moment of meandering, of indecision, shadow, movement, and of self-reflection. A pause in observation and a somewhat loose broken fragmented and open form of translation. Open in the methods of mark making and in the content of the image: there are many types of gaps and spaces throughout. I see the image in two halves split by the shadow of the tree in the middle, with each flank suggesting its own type of flatness and depth. Primarily, this work takes its measure from film maker Michelangelo Antonioni, in that it reveals enough information to be coherent but also has an allusive quality about it, enough to perplex and confuse a little. This mirrors the more interesting parts of Antonioni’s films where there are long scenes but with little action taking place. Usually without much sound, and often without obvious resolution, they are intense in that they entice the main protagonists deep psychological predicament. These are enhanced slow observations using landscapes/environments to trigger alternative thinking and meaning within one’s own psychological presence of the character and, in a general sense, of the overall work.