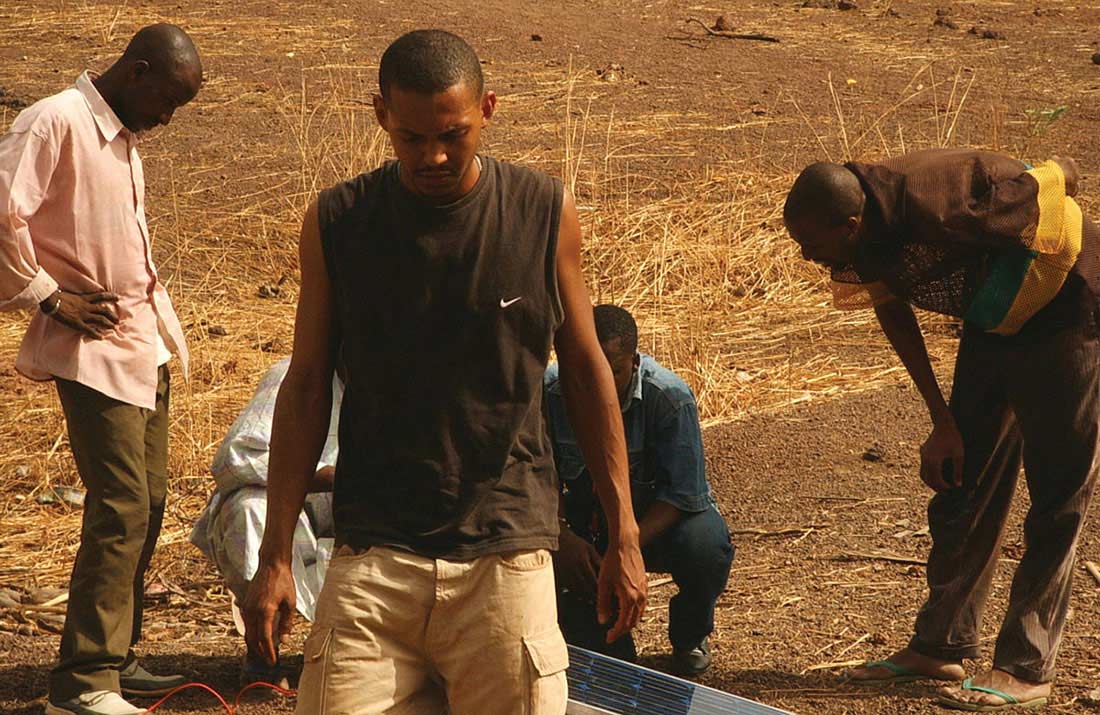 BURNING IN THE SUN

If you are not educated, you can’t help your village.

In the small remote villages of rural Mali, it’s hard to support a family. So schoolkids have to work by day and can only study at night – but there is no power supply to illuminate the blackboard or their books. One enterprising Malian, Daniel Dembele, decides that this combination of need, and his drive and contacts, could make him a tidy business. He sets about pulling together the component parts that will make him the first ever manufacturer of solar panels in West Africa. When he begins his campaign, over 90% of people in his country manage without any form of power. But after many false starts, a little help from some greenie friends from overseas and a team inspired by his can-do attitude, he succeeds in building panels that can be fitted to anybody’s roof. Which will allow village students to study – and potentially raise their standard of living. Naively shot and edited, Burning in the Sun (BOFA 2011) will nonetheless have you on the edge of your seat as you cheer Daniel on in his mission to shine his light on African village ambitions. Climate action indeed!

Make sure you’ve either seen Burning in the Sun beforehand or arrange to see it with a bunch of online friends before 8.30pm and then click in to the Conversation. We’ll have David Pollington, COO of UPC Renewables and others to talk about what can be practically done to take Climate Action that works.

A huge Thank You to Cinema Libre Studio for their support for the 2020 BOFA Online Film Festival. A US film distribution company doing their bit for film lovers, the arts and social isolation!

Burning in the Sun and climate action Conversation