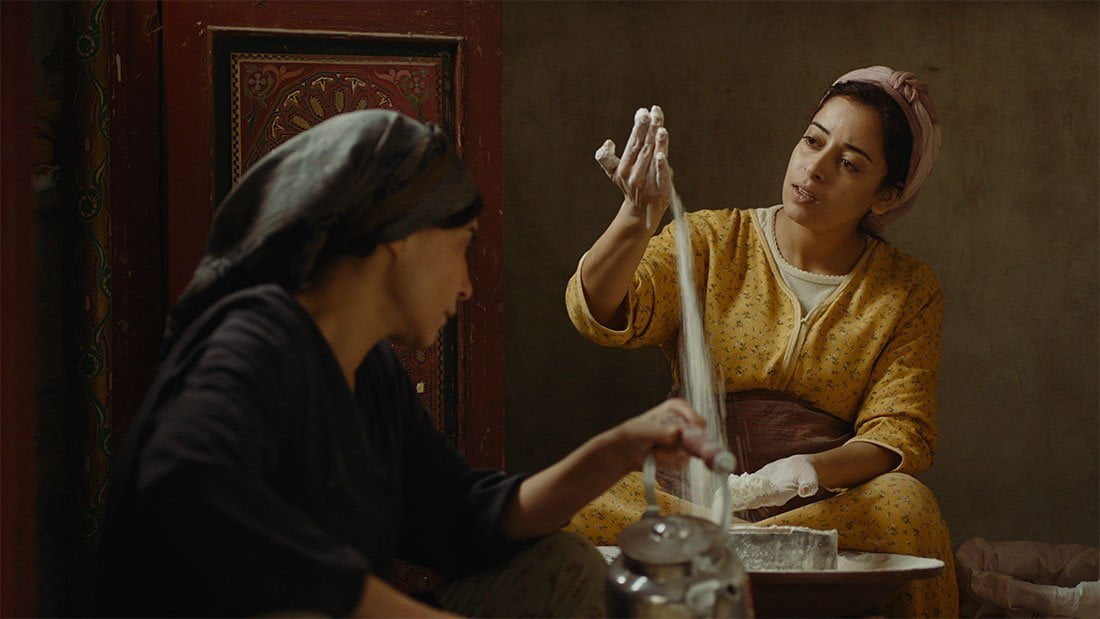 In a country like mine, it’s the biggest shame for a woman to have a child out of wedlock.

Set in a traditional Moroccan in-home bakery in Casablanca, Adam explores the bond between women that can bridge and conquer the prejudices of a conservative, male-dominated society. Intimately lit and shot by director Maryam Touzani, Adam tells the story of an unwed mother-to-be, Samia (Nisrin Erradi), who has fled her conservative village in search of a safe haven to see out her shameful pregnancy. Alba (Lubna Azabal) a widowed baker making a minimal living from her home bakery reluctantly agrees to let Samia stay and work in her bakery, “… just for two or three days”. Described by the Hollywood Reporter as: “Poignant and involving… a beautiful story of two women who transform each other’s lives,” the Moroccan musical score adds to the tight yet warm atmosphere of the film. The story describes the delicate and finely-balanced path that leads to the making of bread, the safe delivery of a child, and the flowering of a deep emotional bond between the two women; two women who face major challenges just to be themselves. A visual feast that rises as wonderfully as the bread the actors bake together.

A huge Thank You to Sharmill Films for their support for the 2020 BOFA Online Film Festival. A proud Australian  film company doing their bit for film lovers, the arts and social isolation!