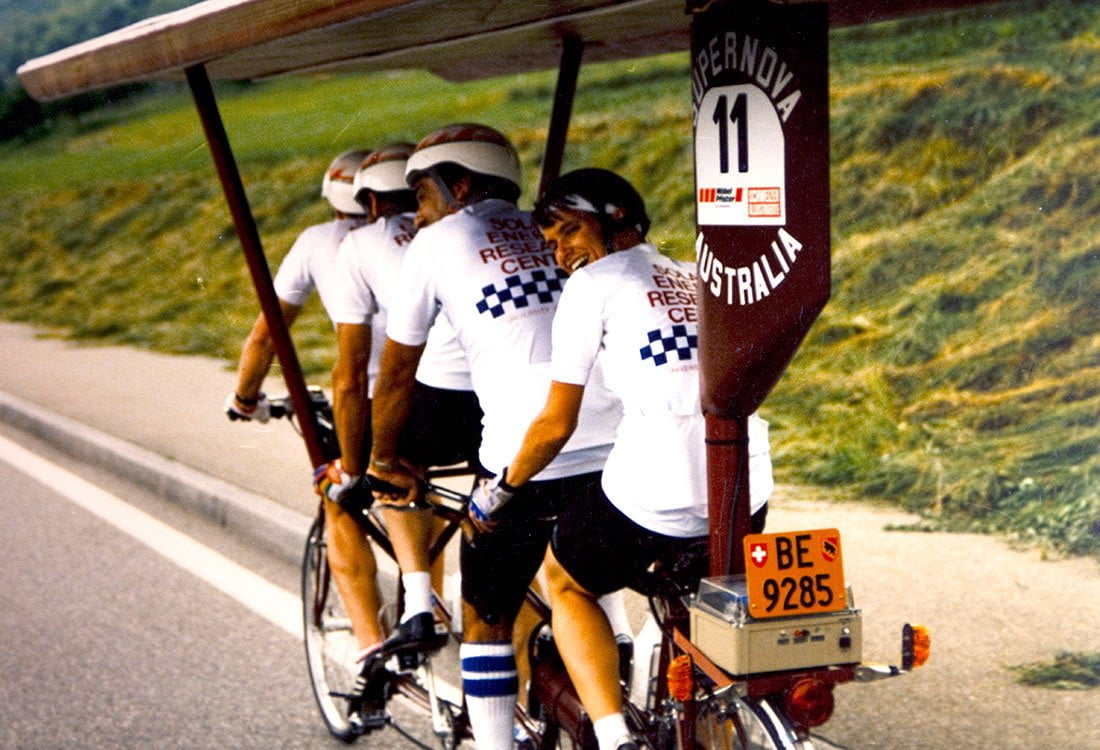 A MOMENT IN THE SUN

A short debate on the role of renewables in Tasmania will be held at the end of this film.

My idea was to educate people, to show them solar can do work.

Take a vintage cine reel or two of whacky Australians on a home-made bicycle, stir in some fond recollections from early alternative-technology geeks, add in a visionary Turkish scientist determined to prove that oil, gas and coal are not the only solution to human progress, and you have A Moment in the Sun. This utterly engaging film, put together by his filmmaker son Oktay and partner Leslie, follows University of Queensland academic Dr Ugur Ortabasi as he battles practical problems, incredulous public opinion, and 1980s Reaganite economic theories to create a solar assisted bicycle. Even more engaging is Ortabasi’s stubborn refusal to give up – and to compete successfully in the fledgling Solar Vehicles World Championships in 1986. Astonishingly, Ortabasi’s team won in the face of competition from much more sophisticated and better-funded European rivals. It’s an Aussie battler tale with a climate action message for us today: the moment in the sun for the renewable energy sector has arrived!

There will be a Q & A following the film to discuss the role of solar power and renewables.