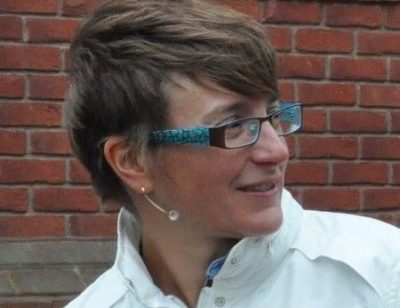 Laura has been working as guest manager and programr for some of the world’s most prestigious film festivals for the last 12 years.

As a programr, she specializes in films from the Arabic Gulf Region. Laura has a strong interest in food and wine, and has organized panels that link food and cinema. She will be closely involved with this year’s FOODIEBOFA.

She will also be a guest judge for the BOFA Aussie Short Film Competition.

Festival Director Owen Tilbury said that he was delighted to welcome Laura onto the BOFA team.

“It’s very gratifying that someone with Laura’s breadth of Festival experience has heard about BOFA and wants to help us build it into a significant international Festival.”

Can you help? Our French intern Marie Lubet still needs accommodation for part of her stay.

Thanks to those who’ve already offered to billet Marie during her time working for BOFA, from August till November. We still have some gaps. If you could help, or would like more information, phone BOFA Festival Manager Tanya Hussey on 0434 359 818

BRING ON 2021!
The search begins for Stories of Tasmania